Spinning gear is very capable of making effective pitching presentations to tight targets. As side note, these days the terms flipping and pitching are used interchangeably. Technically, a flip is made by pulling the line back with one hand. But for the most part, when pros say they are "flipping and pitching," they are mostly pitching, essentially making an underhanded cast to sort of "flip" the lure to the target. 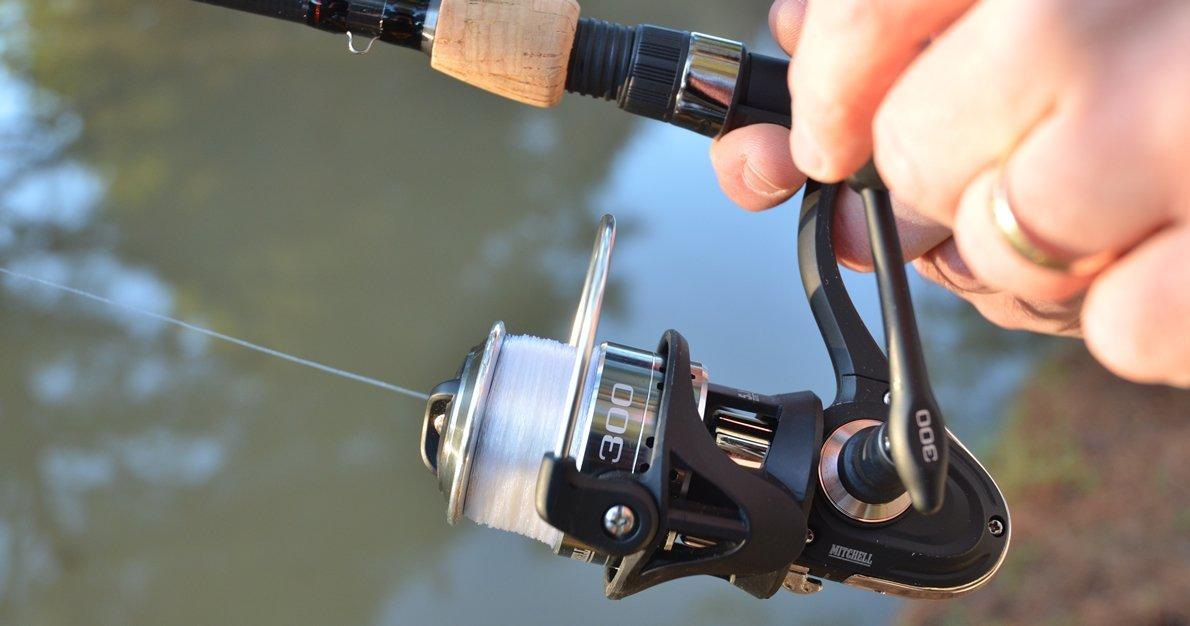 Longer rods are the key to long distance pitching. At the bare minimum, a 7-footer is in order and a 7'-6" is even better. Next, consider upsizing your reel and line size as well. The pitching technique is usually done around cover, and sometimes around very heavy cover such as thick vegetation, dock pilings, flooded bushes, standing timber, and other types of dense cover. This is no place for a 6-foot light-action rod with 8-pound test. The rod needs to be at least a medium to medium-heavy action. Reel size should be at least a 3000 or even 4000. Next, 15- to 30-pound braid is recommended, mainly because you can achieve a high pound test at such a small diameter. Some people are concerned about the visibility of such braid, but keep in mind that pitching is done in shadows and dark places in the cover. Plus, pitching is considered to be more of a "reaction" technique where the fish bites out of reflex and doesn't necessarily study the bait for long periods of time. The lure drops in fast, surprising the fish and forcing it to bite, almost out of defense.

Speaking of lures, rubber skirted jigs in the 3/8- to Â½-ounce size are suitable for this kind of fishing. Other productive options include soft plastic craws, creature baits, tubes and even senko-type stick worms topped with a Â¼- to Â½-ounce bullet weights. When pitching, always be sure to peg your bullet weight to the line with a bobber stopper to make sure the weight is pulling the bait into the cover.

To make a pitch, click open the bail, drop the lure down some 4 to 6 feet and stop it with your forefinger. Make an upswing motion with the rod. Allow the momentum of the bait to load the rod. Let go of the line at the top of the upswing and the lure will launch forward. To control distance, feather the line with your forefinger. The idea of true pitching is to make the lure ride low across the water and enter the water with very little splash or commotion so as to not disturb the fish. Imagine the fish just sitting there hanging out next to its cover and suddenly, without any warning, something enters the fish's "space" causing the fish to wolf it down without hesitation.

The bite on a pitch cast is often on the initial fall. You might not even feel it, rather your line will just stop falling and there will be a "spongy" feel on the line. You may even feel slight movement of the line if the fish moves at all. This is your cue to set the hook and to set it with some authority. It's advisable that you have your drag cranked down pretty tightly. A loose drag when pitching into heavy cover is not good. It gives the fish a chance to get the upper-hand around a piling or bush. The idea in pitching is to set the hook and immediately get the fish out of cover.