One of the best things about getting to field test a new SÃ©bile lure is to see the convergence of Patrick SÃ©bile's quick-talking explanations of his designs with the in the moment display of action produced by a lure like Patrick's newly-improved 2nd generation Stick Shadd.

During a trip to Baja's East Cape beaches, the Stick Shadd did everything that Patrick said and more. You can say in this case it was a matter of "shtick" matching Stick. 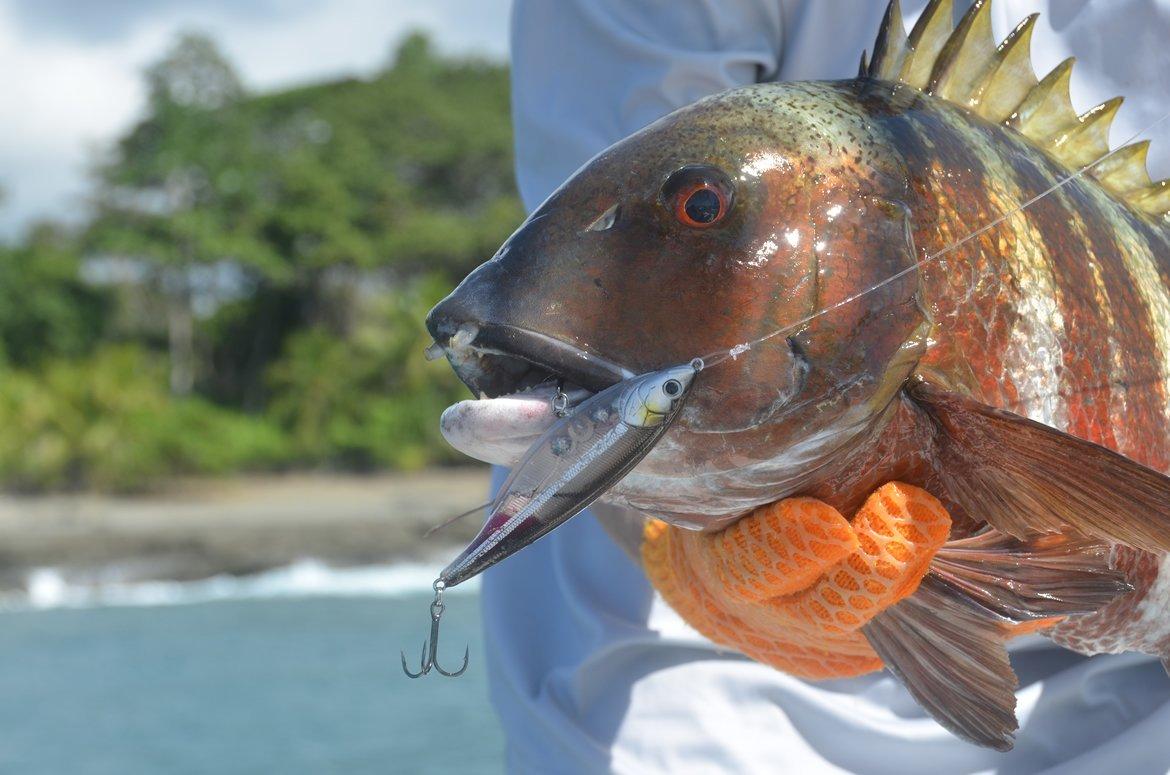 The Stick Shadd comes in many sizes and the biggest of them have been beefed up for big saltwater fish with stronger hooks and wired-through bodies. The Stick Shadd is available in floating, suspending and sinking models. SÃ©bile calls the suspending version "the lure with 1001 uses" yet every Stick Shadd offers a variety of "fishy" actions and SÃ©bile claims they all come from one basic design feature.

"The reason why the Stick Shadd can be used so many ways â€” finesse, power, fast troll â€” is not the innovation behind it, but the innovation underneath the bait, in fact on the belly," says Patrick. "When you look at the bait belly keel, call it the power keel, it's the shape, length and position of the keel that whenever you use it that keel cuts through the water and creates turbulence that gives the action to the bait. You can troll 17 knots, and then work the twitch and jerk too. There are not many baits that can do both, maybe you have to try it to believe it."

Where better to try the Stick Shadd than the patchwork of pure white sand bottom and rock reefs found along the beaches of the East Cape? Whether looking for fish shadowing over the sand or blind casting to reefs, chances are you will find array of species willing to react to the right presentation.

And that presentation has to be full of action. Fishing with 50-pound SpiderWire on an Abu Garcia Revo Toro 60 and a medium heavy swimbait rod, it was easy to cast a floating Stick Shadd 114 as far as was needed.

Getting the Stick Shadd into action was even easier. A lipless bait, as Patrick notes the lure relies on a pronounced keel along the belly of the bait as the source of all action. If you try to impart action with just the tip at first, the lure will skip. The best way to get things going is simply start turning the handle and the Stick Shadd embraces the water column. The lure has a great swimming action on the straight wind.

When the Stick Shadd is swimming, that's when you can impart a walk-the-dog side-to-side action if you choose, or jerk and twitch the bait to send it shooting in erratic random darting movements. It didn't take long for the Stick Shadd to attract attention in Baja. Roosterfish, ladyfish and pargo (red snapper) were all eager to put the lure at the top of their menu.

Patrick SÃ©bile has redesigned the entire school of legacy lures and will introduce the 2nd generation Stick Shadd series, along with 2nd generation Magic Swimmers and Flatt Shads at the ICAST show this July. Cosmetic and structural improvements, along with a new lower price point on the Sebile line is sure to please every angler.