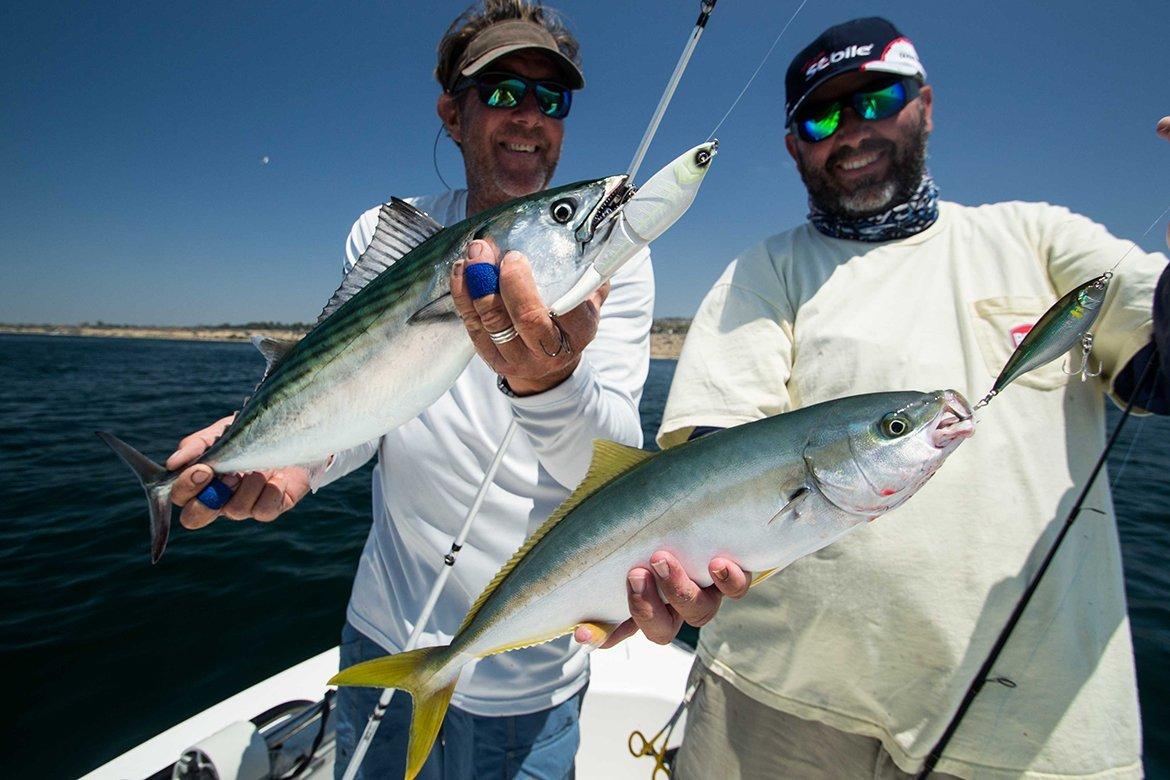 Patrick SÃ©bile is a man of action and his favorite way to fish is to cast and retrieve his lure creations, especially the Generation 2 models that are due out this fall.

Yet there are times when you have to make something happen and the best way to do that is to go find some fish. And the most effective way to locate fish is to troll.

That's why Patrick has designed his lures not only to provide enticing action on the retrieve, he has also built in action to keep the lures in the water and working while trolled, even at high speeds.  The best way to put it is that SÃ©bile lures are specifically made to excel at high trolling speeds.

"The main thing I look for is turbulence created by the lure," says Sebille. "The Power Keel on the Stick Shadd, for example, allows the lure to track at high speeds and still create the vibrations of turbulence that attract fish.

The faster you go, the more ground you cover and the quicker you will get into the fish.

Once the concentrations of fish are found, then it's time to cast and catch, using the angler's abilities and techniques to choose the right way to manipulate the lure. There is also the factor of finding the right size and color to come closest to what the fish are most attracted to that day.â€

Patrick was recently in California to show off his new baits to some of his favorite anglers and that meant a couple days on the water with Captain Jimmy Decker. One of those days was spent working the Orange County coastline out of Newport Harbor.

"First we left Newport and went north to the Pipe where there have been lots of yellowtail," says Patrick. "There was a party boat and some other smaller boats there. We fished half an hour and a few nice yellowtail came around. We all cast on the school, although nobody in any of the other boats hooked any.â€

"We did a little bit of trolling for 40 minutes and all we got was a little bonito. Jimmy checked with some friends on the radio and they all said it was quiet, the fishing was very slow," adds SÃ©bile. "So I proposed we troll.â€

"I like to cast but I consider trolling a strategy that, when fishing is tough, is the best to locate the biting fish.â€

"So we put out a Flatt Shad 66, a Stick Shadd Sinking, two Magic Swimmers and suddenly we were on a spot, hooking up one yellowtail and a bonito on the troll."

The approach turned to casting and while the Flatt Shad and the Magic Swimmer drew interest, SÃ©bile found the Stick Shadd was drawing the most attention.

"So I started to play with the size and the color of the Stick Shadds we were throwing," notes Sebile.  "Sometimes anything that swims by will be attacked, at other times fish are finicky and you need to take the time to find the right bait."

SÃ©bile says that when he started to downsize the Stick Shadd he was casting, he had much more success with the yellowtail and bonito.

"They were looking for smaller baits and I found that the one perfect lure was the Stick Shadd 90 Sinking," reveals SÃ©bile. "That's a lure that casts super well on 8 to 20-pound test.  A long cast helps you reach fish and cover more water."

Speed of the retrieve is an important factor, too, and sometimes winding a lure in as fast as you can is not the way to go.

"We were not fishing fast by the way," notes SÃ©bile. "Sure, we caught some fish on a fast retrieve, but it was more a medium to slow action with the 'twitch-twitch, twitch-twitch.' Lures move more erratic when fished slower, moving side to side.â€

"A small bait produces a very erratic action, and our results were really good after we went to the Stick Shadd 90 Sinking," he adds. "We ended up catching and releasing 20 yellowtail and 10 bonito up to 8 or 9 pounds, nothing big but those fish really pull and it was a lot of fun on the light tackle.â€