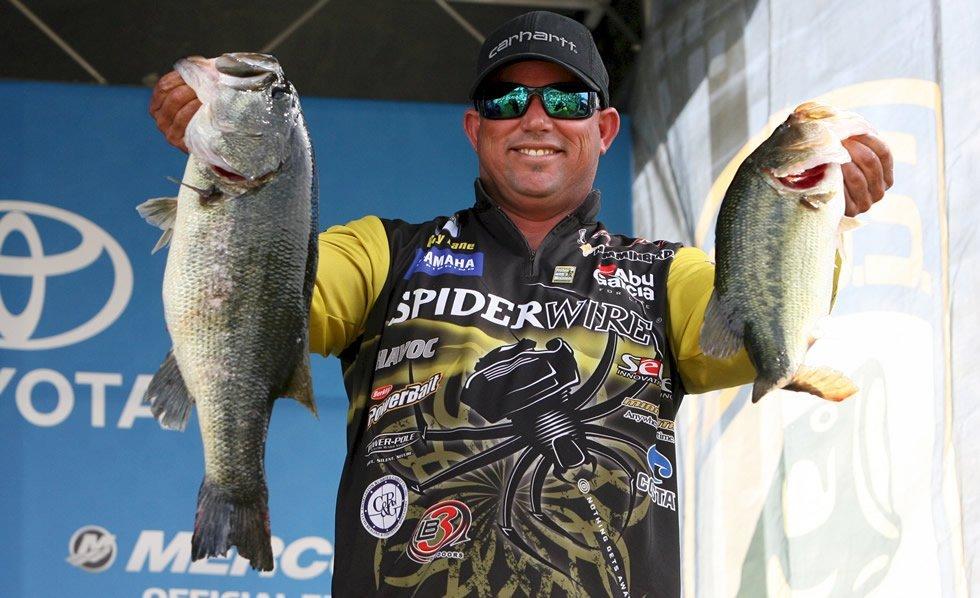 Elite Bassmaster pro Bobby Lane has qualified for his eighth Bassmaster Classic and when he heads to Oklahoma's Grand Lake of the Cherokees in early March the SpiderWire ambassador has only one thing on his mind – winning.

"I want to win the Classic," says Lane. "I've finished second, I've finished third, and I got a taste of it when my brother Chris won. Now I want to taste victory!"

While others talk of unseasonably warm water and a delayed shad die-off on the big lake near Tulsa (headquarters of the Classic), the Florida-based Lane says he has not concerned himself with the conditions on Grand Lake.

"I have a Southern Open to fish (Kissimmee, Jan. 28-30) and another five weeks before I head to Oklahoma," notes Bobby. "All I care about Grand Lake is what it's like the first day I practice on it. My focus is to be physically and mentally prepared to face the conditions that we're dealt."

The coldest conditions in Bassmaster Classic history may have cost Bobby Lane the best shot he's had so far to walk away with the coveted trophy and title of Classic Winner. Instead he finished second.

"I had 17 pounds the second day and 19 pounds the third day," recalls Lane. "The first day was the coldest day on record for a Classic and they delayed the start. I only weighed four fish for 7 pounds. I had the fifth bite, but lost it.

"I can handle the brutal tough conditions, I like the pressure and the fact you are only fishing against 50 guys," Bobby adds. "I'm a vet now and the youth is coming up just like all the new names you're seeing on the golf tour. And just like golf the advances in equipment – electronics, lures, rods, reels and line – that we picked up over the last 10 years, they've learned it in one. They have more energy, we have more knowledge, but these young guys shoot from the hip."

Bobby Lane says his partnership with Spiderwire helps him keep pace with the Elite pros and make it into the Classic field.

"This era we are in now is definitely a braid/fluorocarbon era," Lane explains. "The best thing about SpiderWire is we have the knowledge and technology to have the best lines and we are always trying to get better. Braid, fluoro, mono, any line I need, SpiderWire has it.

"What's great for me is I have 100-percent confidence every time I spool on SpiderWire because I know it's the best out there," he adds. "Boats and motors and trucks you have to have that, but just as important as the rod and reel is the line on it when you set the hook. I honestly can't remember the last time I broke off when I set the hook on a fish. It's nice to have that confidence every time you spool up a reel."

Bobby Lane is confident he has a great shot at winning the Bassmaster Classic and he also knows that time is the one opponent no man defeats.

"The older I get the tougher it is just to make it into the Classic," Bobby admits. "I want to win one. That's my next goal, really, to win a Classic."