SpiderWire is a leader in braided superlines for sportfishing of all kinds and now the spider has claimed a spot on the hippest polarized sunglasses to hit the freshwater and saltwater fishing scene. That's right, now you can wrap your eyes with polarized sunglasses sporting the cool SpiderWire logo in a dozen styles and colors.

While spiders have up to eight eyes, hunting spiders like the wolf spider feature a prominent pair of large forward-facing eyes. The big eyes provide the exceptional eyesight that allows the predators to track down their prey over vast areas.

Fishermen also have many eyes at their disposal — a vast array of electronics gathering signals from satellites, cameras and transducers — yet all the pros from the Bassmaster Elite to bluewater billfish captains rely primarily on the incredibly versatile light-gathering pair of orbs known as the human eyes.

These pros all have one thing in common — they won't get caught out on the water without polarized sunglasses. 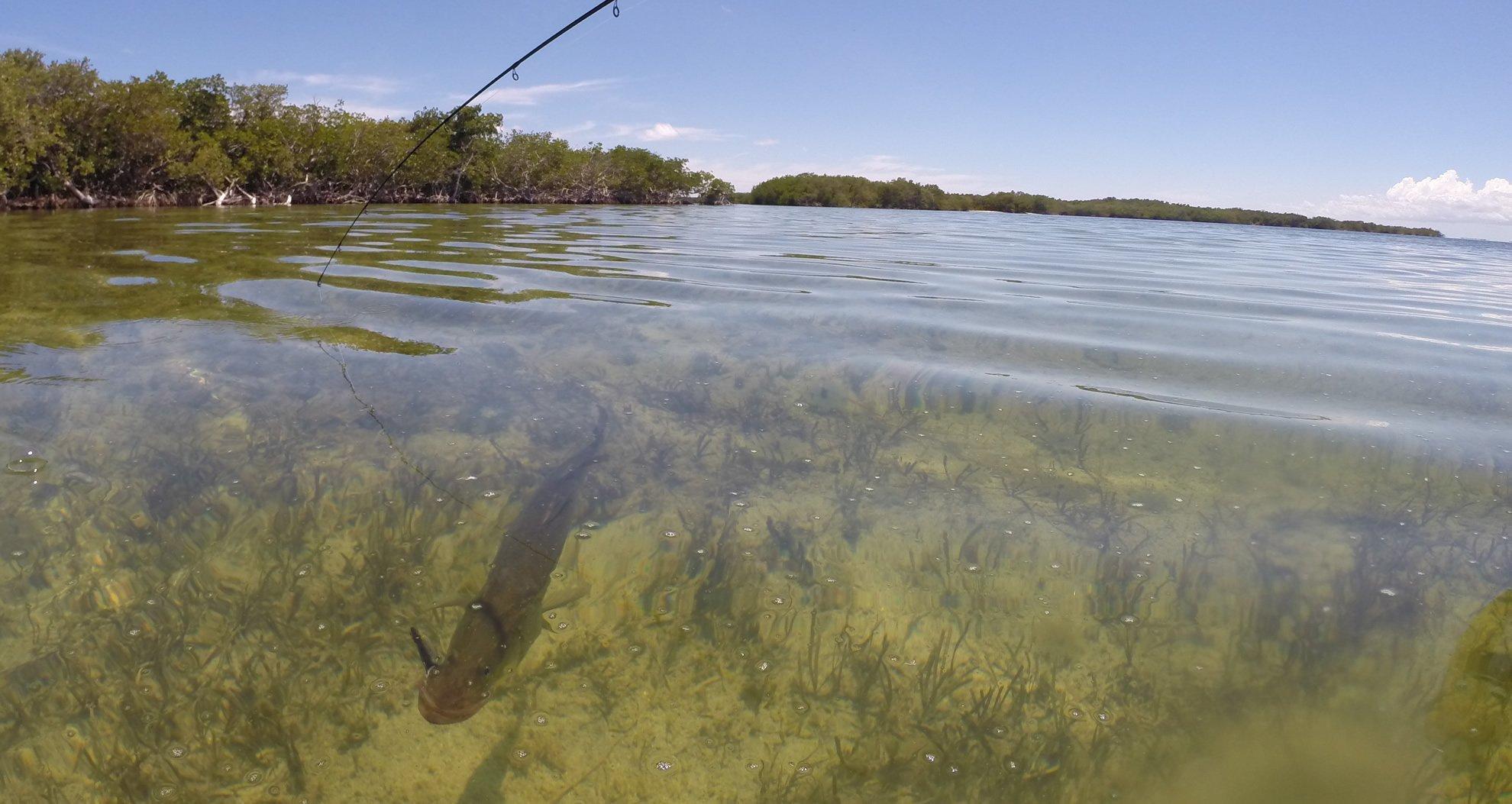 Of all the tools in an angler's boat, none is more important than polarized eyewear, top competitors rely on the enhanced vision and protection offered by polarized lenses.

First of all, the polarized lenses found on all SpiderWire sunglasses significantly reduce or eliminate glare on the water, while your precious eyes are 100% protected from harmful UVA and UVB rays. The combination makes it easy to spend a day scanning the water for the perfect spot to make a cast.

The big payoff comes in productive fishing, since reducing or eliminating glare literally opens a window to the underwater world. Instead of seeing the reflected rays of the sun on the water's surface, SpiderWire sunglasses allow you to see through the water and, depending on water clarity and depth, even all the way to the bottom.

The ability to see what's under the water opens the way to the technique known as sight fishing. How productive is sight fishing? The 45-pound, 2-ounce record for a 5-fish limit during a Bassmaster tournament was taken sight fishing.

Here's how it works. There are times when the bass are up shallow, particularly during the spawn. What bigger advantage can you have than actually being able to see the fish you want to catch? SpiderWire polarized sunglasses let you see the spawning beds and other underwater structure such as rocks and submerged trees. It's the spawning beds that produce the biggest catches, since the females are the biggest of the bass. Better spool up with at least 30-pound SpiderWire Stealth.

Remember to always practice catch, photograph — you'll be stylin' in you SpiderWire shades — and release, and always put the big trophies immediately back on the nest whenever possible.